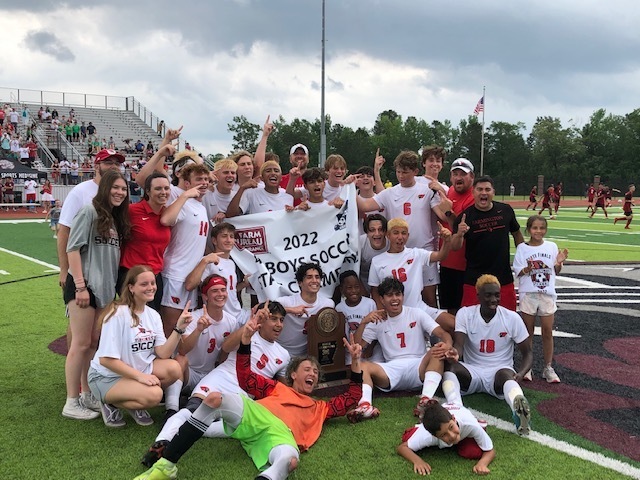 In only the second full season in program history, the Farmington Men's Soccer team won an unprecedented AAAA State title with a win over Clarksville in the state finals hosted by Benton High School last week. Coach Josh Fonville, who took the program over midway through the 21-22 school year, led the cardinals past three #1 seeds on their way to the state title. In the state tournament they defeated Wynne, Pulaski Academy, and DeQueen before defeating Clarksville in the final match. The cardinals had finished runner-up to Clarksville in both the conference regular season and the conference tournament. Coach Fonville's troops finished the season with a 13-2-3 record. He was assisted by Brian Dean and Mark Rogers.