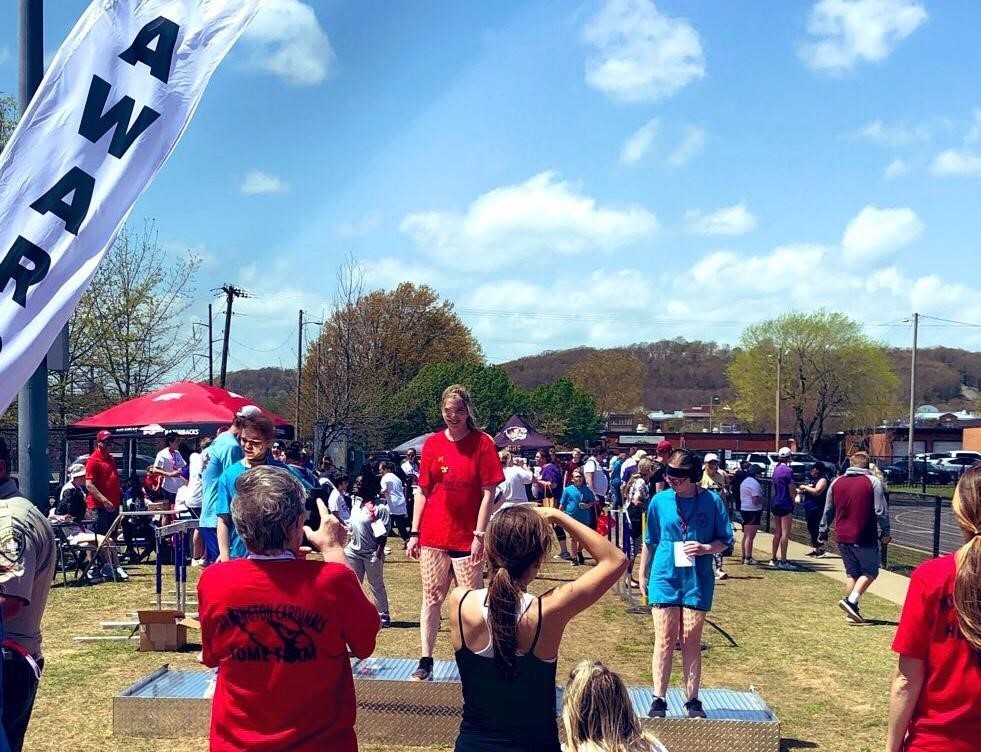 Farmington High School student Jaime Waite won gold medals in the softball throw and 100m race. Farmington Junior High students also competed. Luke Shaw won a gold medal in the softball throw and a silver in the 100m race. Killian Tate won the silver in the standing long jump and 50m race. Porsha Martinez won gold in the standing long jump and the 100m race. We are proud of our athletes and some will move on to compete at Harding University in the Summer Games.