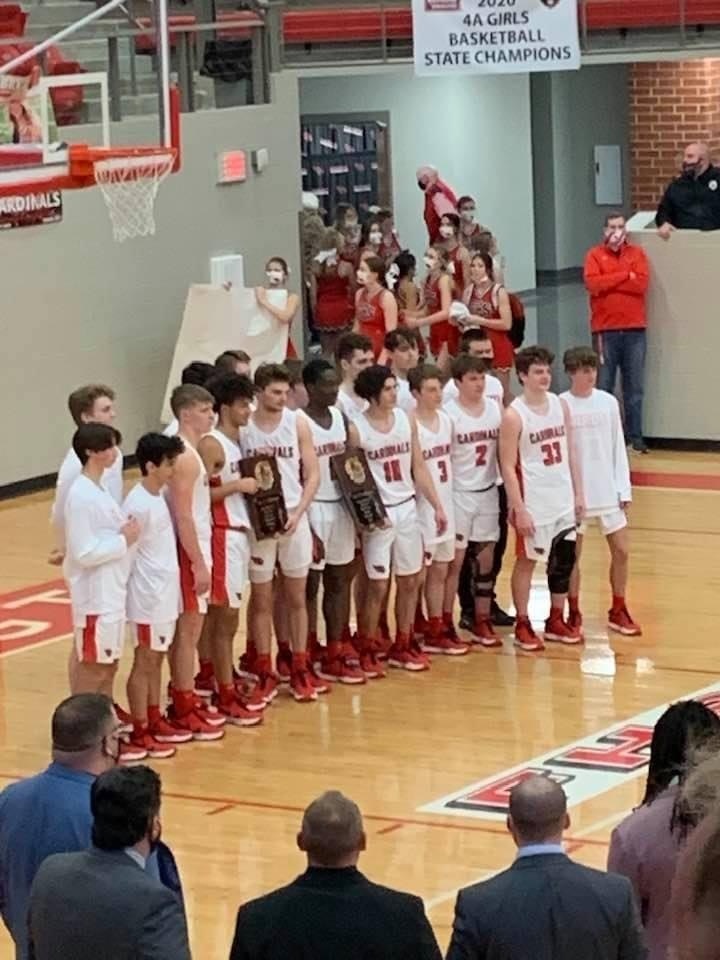 The Farmington Sr. Boys Basketball Team has completed another successful season.  During Coach Johnny Taylor's first campaign the Cardinals won the 1-AAAA West Conference Title.  Their second such title in three years. They also captured the 1-AAAA District Tournament Championship by defeating the Berryville Bobcats in the finals.

The Cardinals were not done when the district tournament was over.  They finished runner-up to the Morrilton Devil Dogs in the AAAA North Regional Tournament held at Ozark High School.  This finish qualified them for their first State Tournament Appearance in over ten years.  In the AAAA State Tournament held in Morrilton, they defeated the Camden Fairview Cardinals in the first round.  They were ultimately defeated by the eventual state champion, the Little Rock Mills Comets in the state quarter finals.